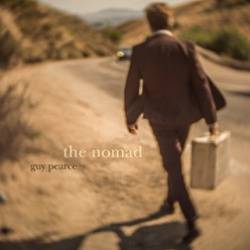 Guy Pearce’s second album, named after the plane his father died on when he was just a child, is the sound of someone’s diary left on the table.

Spectrally melodic, but orchestrated and arranged in a manner that doesn’t seem to want to take the listener’s needs into account, this album is open, gut-wrenchingly raw, and extremely personal.

Triggered by his marriage breakup, Pearce has produced a record that is blood-stirringly human and actually needs to be listened at least twice through in order to absorb its rich vein of sheer honesty.

Melodically influenced by Bowie, who also had a knack for demanding much from the listener, his voice mirrors that Cracked Actor’s sweep from trembling whisper to warm vibrato.

The choice of Joe Henry is sublime and his ability to push and pull an artist to just the right degree is clearly evident on these tracks.

The way the piano and horns breathe together on the captivatingly beautiful Leaving Home before breaking into the 30 second segue of Float Away, giving us the chance to take a quiet breath before the euphoric sadness of What Makes You Think rains down over you is simply masterful.

With sonic textures that are treated as distant memories, these songs twitch quietly in a cavernous well of introspection, pulling you in to catch scattered glimpses of their essence.

Low key and devastatingly heartfelt, The Nomad is an album that will reach few ears but will astonish and charm those it does.