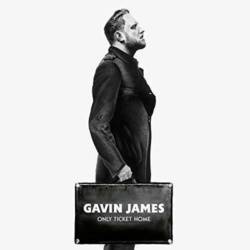 Gavin James seems to simply have the knack for pop as these songs just roll off the turntable like an emptied packet of maltesers, tasty little morsels rolling out one after the other, giving just enough of a taste to leave you wanting to sample the next one.

The trick with James is, that despite, the rounded, classy arrangements and likeable crunchy production, these songs would sound just as good sung a capella in the back of the car or set to an acoustic strum.

He’s got one of those voices which you instinctively trust, so that the lovelorn beauty of Always, for example, is elevated to something utterly spellbinding in its sincerity.

These are songs which, before the advent of the smartphone, would have been a boon to the lighter industry, because they’re custom built for swaying stadium arms, with choruses both sweet-natured and stirring.

Strong melodies and precise instrumentation (check the way Faces breaks down from soaring guitar to just piano before switching back to full band) are conspicuous throughout and the performances are as muscular as they are tender.

From the signature opening smash hit Woah woah chant of Hearts On Fire to the pleasantly ambling The Middle what Gavin James has pulled together here is a classic example of sheer pop craftsmanship.

It may not be saying anything particularly profound, but boy does it sound good.