In Place of Sugar

Other stories by Pat Patra

The mystic science of building

We all know by now that refined sugar is addictive and that its consumption is the root cause of myriads of diseases. Early humans never had the luxury of eating sugar because they just didn’t have the technology for making it. The only sugar they had access to was the natural sugar found in edible foods. It goes to show that if nothing artificial is introduced into the body, it is well equipped to deal with the natural chemical compounds found in natural foods.

Modern day lifestyles and choices do allow some sort of indulgence for special occasions. For many people, though, those occasions come more often than they should!

Many alternatives to sugar have popped up over the years – we have artificial sweeteners and others”derived” from natural products. Although they do serve a purpose, they are not ideal; artificial sweeteners are chemicals that the human body is not designed to process efficiently and consequently put unnecessary stress on the life-critical bioprocesses; and, in addition, research into the long term use of these substances is not adequate and doesn’t conclusively prove that they are harmless.

One of the sweeteners that has been used in India and the Indian subcontinent is jaggery (palm jaggery also available, but I will keep the discussion to sugar cane jaggery to highlight the benefits of jaggery in comparison to sugar).

Before sugar took over, jaggery was the “go to” sweetener for all purposes.

Made from the same source as refined sugar, that is sugar cane, jaggery differs from refined sugar in terms of its processing. The process of making sugar begins with boiling the sugar cane juice, then passing the juice through a refining agent like charcoal. This will in turn remove minerals and vitamins which would otherwise be present in the sugar syrup.

However, in jaggery manufacture, the refining stage is not involved. The sugar syrup is just boiled to the required thickness, which allows trace minerals, vitamins and fibres to be retained.

Jaggery comes into its own when we want to satisfy our sugar cravings but at the same time want some sort of health benefits. It has a different composition to sugar, which is simple carbohydrate. However, jaggery is a complex carbohydrate, thus mitigating against the ill effects of the instant release of energy, commonly called “insulin spike”.

These minerals and vitamins are found in jaggery:

But what is truly amazing about jaggery is that it has a cleansing effect on human organs, especially the lungs, digestive tracks and oesophagus channels.

Sugar has no such benefits. Imagine the scenario, where eating a sweet thing every now and then can actually be helpful for the whole body.

As a textile engineer, I have worked in manufacturing plants where flying cotton fibres had a very polluting effect. To ease the problem, all the personnel in the plant were given about 50gm of jaggery at the start of the shift because the cleansing effect of jaggery is well understood.

A popular breakfast for Indian wrestlers is “chana-gur” or “chickpeas and jaggery”. This specific combination provides them with all the specific carbohydrates and proteins they need for their physical exertions in addition to micronutrients and fibre.

Hence, jaggery can be used as a healthy alternative to sugar. Whether you are looking to keep an eye on your waistline or you are an aspiring bodybuilder with a sugar craving, jaggery will help you achieve your goal in a much more efficient way. It does taste different from sugar and you may take some time to get used to the taste and texture. But it’s worth a try.

For now, jaggery can be purchased at any Indian grocery store. It’s just a matter of time before it is marketed as the next “health food” and becomes an overly priced commodity in mainstream supermarkets. Get in early! 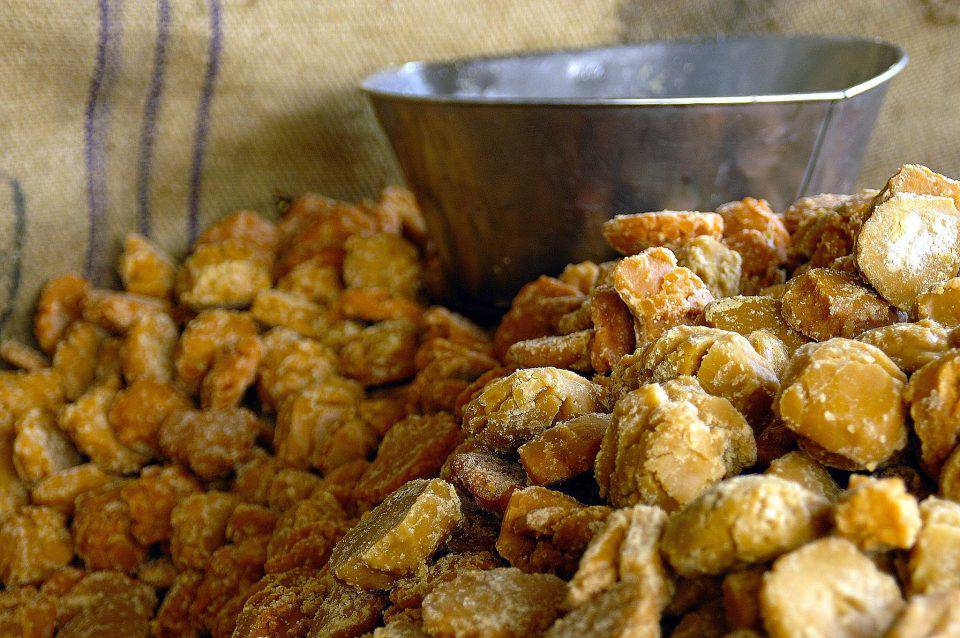 Advertisement
© NOVA Magazine 2020
No part may be reproduced by any process without prior written permission of the publisher.