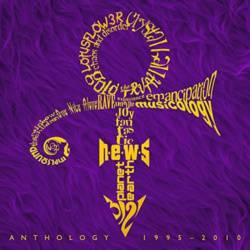 There were so many sides to the enigma that was Prince and, listening to this ace ensemble of songs gathered from the albums released after he changed his name to a symbol in protest against his recording contract, we’re reminded once again what an extraordinary talent he was.

Sensuality is splayed all over these tracks, whether it’s sassy and funky or sweet and soulful and it featured in his whole persona, from his wonderful wardrobe, his astonishing stage shows, his preference for velvety purple and the very symbol he chose to represent himself with, a mix of male and female.

He crossed boundaries, made brave moves, accomplished some truly staggering musical feats, and pushed the envelope of production, all the while drawing on the greats who drove him, from Sly Stone to James Brown.

When he gets down and dirty on the funk side, as on Musicology and Ol’ Skool Company, the floorboards shake and the rhythm is righteous as he delivers a rumble of unrelieved tension that makes you just want to move and groove.

And when he gets sweet and soft, sibilant and sexy, as on U’re Gonna C Me, you know he means it baby and he’s only got eyes for you.

Then there are the eclectic sidesteps such as the 14 minute jazz workout West and the slinky acoustic blues slither of 3rd Eye to make things even more interesting.

As a multi-instrumentalist, producer, writer, arranger and singer, his own input to the creation of his Paisley Paradise is unquestioned and simply astonishing – even if he was just a guitarist, he would be held up there as one of modern music’s all time greats.

He was an artist of the highest stature and this music is astoundingly good.